Towards a New International Order: The LaRouches and the New Silk Road

Left: Helga Zepp-LaRouche, the “Silk Road Lady” speaking in Lianyungang, China in 1996 at the eastern terminal of the Eurasian Land- Bridge. Right: Lyndon LaRouche speaking in Bangkok, Thailand in 1983, on financing international development projects, such as the Kra Canal, one of many great projects which LaRouche has long advocated, all of which play a crucial role in the now emerging World Landbridge.

Both Lyndon LaRouche and his wife, Helga Zepp-LaRouche, have played a central role in conceptualizing and promoting the idea of the New Silk Road as a means to creating an entirely new paradigm of international development and mutually beneficial cooperation for the planet.

As early as 1975, Lyndon LaRouche proposed the creation of a new international economic order through the establishment of an International Development Bank (IDB) to facilitate global development through great projects involving rail transportation, energy development, new oceanic canals and seaways, a crash program for technological breakthroughs in the fields of fission and fusion research. Travelling to India, Thailand, Japan, and other Asian nations throughout the early 1980s, the LaRouches met with heads of state, industrialists, scientists, and engineers to discuss the development projects necessary to lift hundreds of millions of people in the so-called Third World out of poverty, while warning that the IMF system which dominated the Western developed world was in a process of decay and disintegration.

Corollary to LaRouche’s warnings of the imminent collapse of the Western economic were his efforts to overcome the thermonuclear standoff between East and West, which was embodied in his proposal for a joint, space-based missile defense system employing new laser and directed-energy technologies, a program which would both serve as a driver for scientific breakthroughs, and as the basis for a new system of peaceful relations between the superpowers of that time to eliminate the threat of a third world war. Although President Ronald Reagan adopted LaRouche’s program in what became known as the Strategic Defense Initiative (SDI), the leadership of the Soviet Union rejected it and instead poured vast amounts of resources into further military expansion, prompting LaRouche to warn of the coming collapse of the Soviet system. In October of 1988, LaRouche travelled to Berlin and forecast the disintegration of the Soviet Union and the reunification of Germany. To prepare for such a development, LaRouche proposed the establishment of a Marshall Plan-type program for the rapid modernization of Eastern and Central Europe and as a locomotive for the reindustrialization of the West. One year later, the fall of the Berlin Wall marked the end of the Iron Curtain, and LaRouche proposed the creation of a Productive Triangle of rail development and industrial corridors to unite Eastern and Western Europe. Lyndon and Helga LaRouche initiated an international campaign for this program, quickly expanding the Productive Triangle concept to include the former Soviet territories in Russia and central Asia, and stretching all the way to the Pacific coast.

This proposal, which became known as the Eurasian Land-Bridge, was described by LaRouche as an “integrated Eurasian development network stretching from the Atlantic to the Pacific,” opening up the development of vast inland territories and uniting the entire Eurasian continent. To promote this vision, Lyndon LaRouche traveled numerous times to Russia throughout the 1990s, meeting with leading academicians, economists, and scientists, participating in forums sponsored by the Russian Academy of Sciences, testifying before the Duma, and conducting regular dialogues with leading members of Russia’s intelligentsia. At the same time, Helga Zepp-LaRouche traveled to China, participating in a 1996 conference in Beijing titled “International Symposium on Economic Development of the New Euro-Asia Continental Bridge” (read full PDF report) sponsored by the Chinese Ministry of Foreign Trade and Economic Cooperation, where she delivered a speech titled, “Building the Silk Road Land-Bridge: The Basis for the Mutual Security Interests of Asia and Europe.” The proceedings of that conference, along with detailed blueprints and maps of proposed rail routes and development projects across Eurasia, were published in a 1997 special report by Executive Intelligence Review titled “The Eurasian Land-Bridge: The ‘New Silk Road’—Locomotive For Worldwide Economic Development,” which was circulated widely internationally among governments at the highest level and within the leading diplomatic, scientific, industrialist, and academic communities. Over the following decade, the LaRouche movement organized literally hundreds of conferences, seminars, forums, lectures, and meetings on the subject of the Eurasian Land-Bridge as the cornerstone for a new international economic and security order.

For the policies of the United States and Europe to be shifted away from the present confrontational course of war, and toward a policy of “win-win” cooperation with Russia, China, India and others, it will be thanks to the decades-long commitment to the vision of a new international order by Lyndon and Helga LaRouche, and their continuing efforts for such up to the present day. 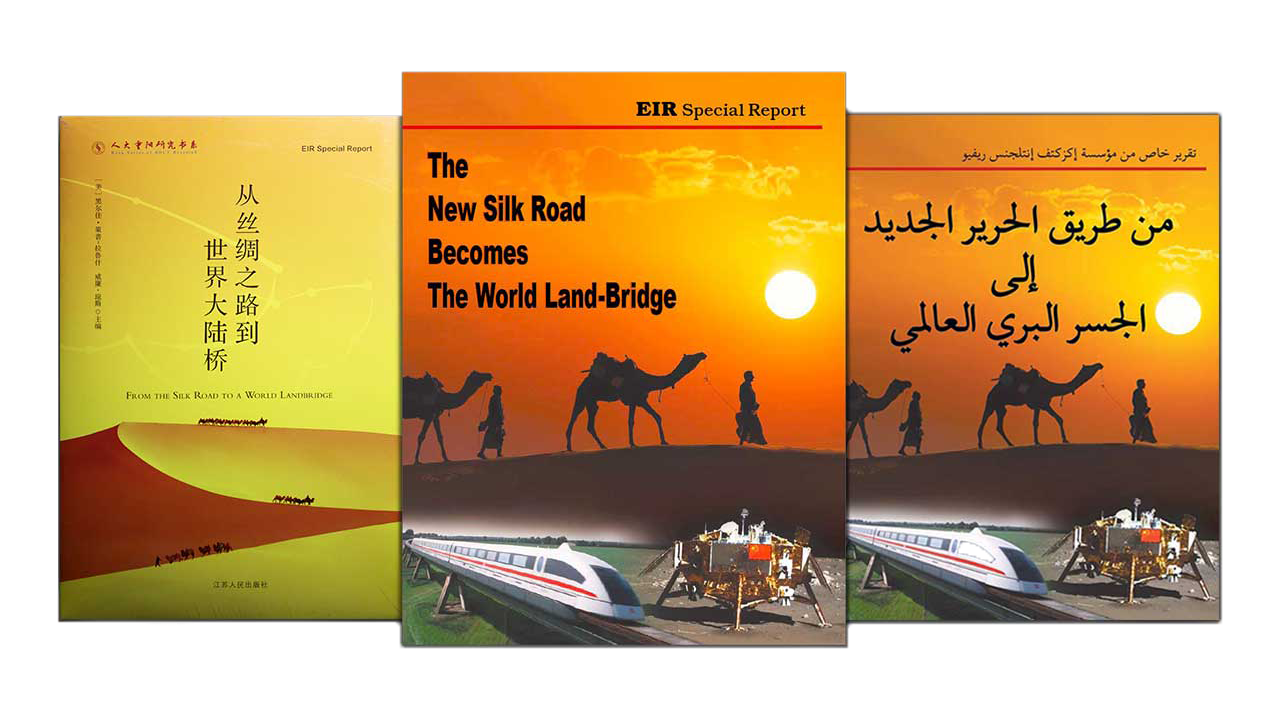 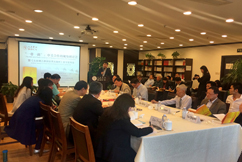 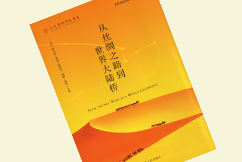 I. Gateway to Eurasia: Linking the U.S. to the New Silk Road

Helga Zepp-LaRouche: ‘A Chinese Contribution to Universal History Viewed from the Future’

Zepp-LaRouche: Once the United States joins the Belt and Road Initiative, A New Paradigm for Mankind can begin

Schiller Institute Conference in Paris: Rebuilding the World in the BRICS Era

The U.S. and Europe Must Have the Courage to Reject Geopolitics and Collaborate with the BRICS

Zepp-LaRouche: The Silk Road Is the Hope for Peace in the World

Developing the Pacific and Ending the Grip of Empire

A Vision for the Future

An Economic Miracle for South Europe and the Mediterrenean

“The Future Of Africa”