EIR Releases Emergency Program for an ‘Economic Miracle in Southern Europe, the Mediterranean Region, and Africa’

June 6, 2012 (EIRNS)—In the face of the ongoing blowout of the European financial system, currently centered in Spain, Helga Zepp-LaRouche commissioned crash production of an emergency recovery program, which has now been released both in EIR’s June 8 edition, and as a special EIR offprint for broader circulation. “There is life after the euro,” Zepp-LaRouche argues in her introduction, if the nations of Europe abandon the London-based system of hyperinflationary bailouts and austerity, and adopt instead a program of state-backed credit generation for reconstruction.

Under those conditions, Europe can create “an economic miracle in Southern Europe, the Mediterranean Region, and Africa,” which will be integrated in the World Land-Bridge concept laid out by economist Lyndon LaRouche and Helga LaRouche approximately two decades ago.

After Mrs. LaRouche’s strategic overview, the 57-page report outlines the development projects and potential for major countries—all currently in the midst of economic breakdown crisis—in South Europe, and into Africa. The former include Greece (in the context of the Balkans as a whole), Spain, and Italy, all of which can play a major role in extending their economic revival into Africa. As for Africa itself, the report concentrates primarily on water development strategies currently on the drawing boards for Tunisia, Egypt, and the entire Sahel region.

PDF of the full report is available here. 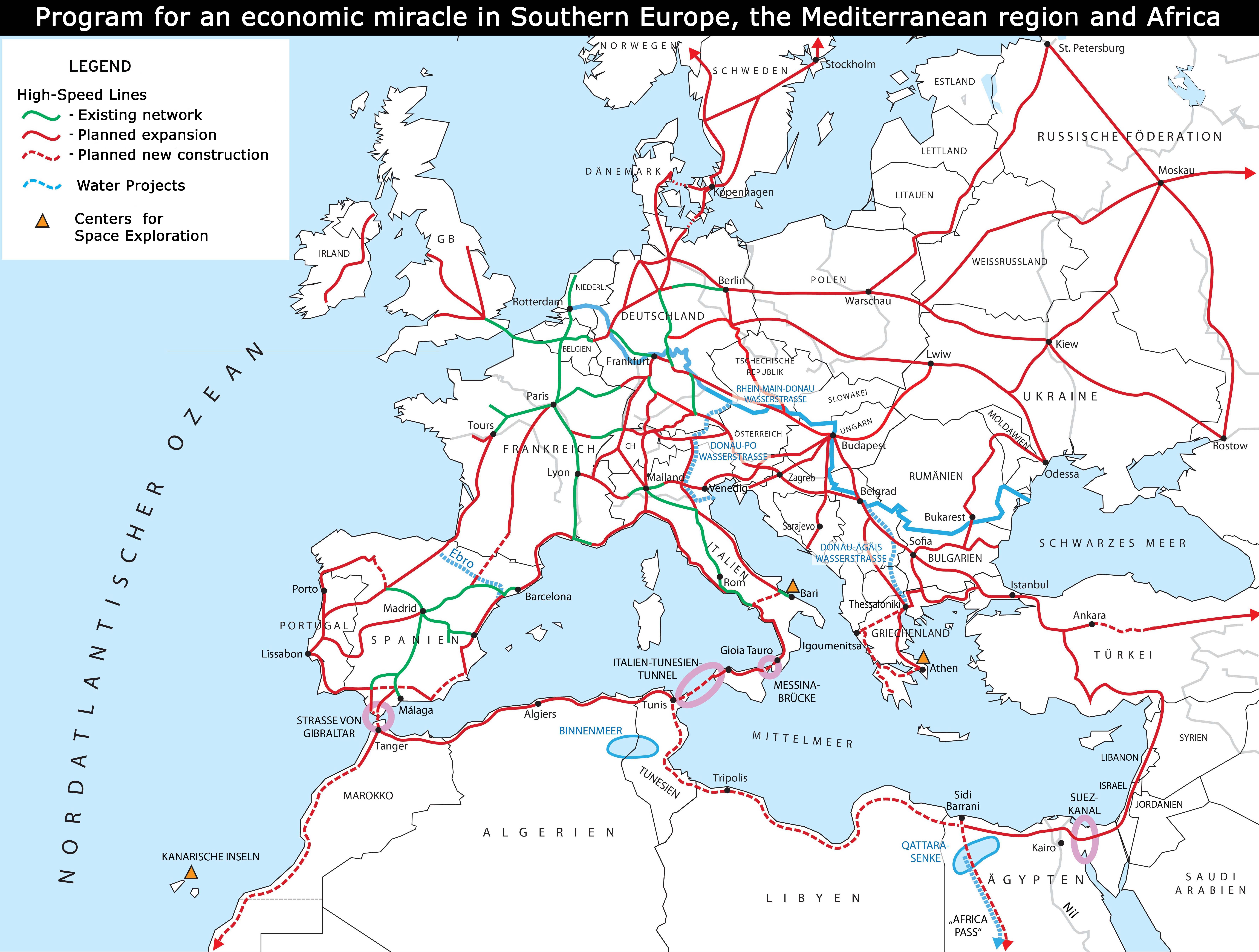