The spring of 1995 brought the outbreak of a series of “derivatives” crisis, the most notable being the bankruptcy, and takeover, of the two-centuries old Barings Bank. At the end of 1995 LaRouche released his Triple Curve, heuristically depicting the typical collapse function, which described what was occurring in the world economy from 1971 forward. In this period a bubble was created by a massive infusion of funds into the Y2K scare, and LaRouche updated his Triple Curve to show, how the rate of emission of monetary aggregates were overcoming that of financial aggregates. He called this: “The collapse reaches a critical point of instability”

[Lyndon H. LaRouche, Jr., the American economist and statesman who compiled, between 1957 and 2007, the most accurate record of economic forecasting in the world, passed away on February 12, 2019. The author of thousands of articles and over a hundred books and book-length pamphlets and strategic studies, LaRouche was one of the most controversial political figures in all of American history.]

Lyndon H. LaRouche, Jr. was an internationally renowned statesman, educator, and economist. He has made outstanding original discoveries in all of these areas, a testimony to his profound philosophical and scientific insights.

LaRouche was born on September 8, 1922, in Rochester, New Hampshire. During World War II, he served in the China-Burma-India theater. After his completion of military service in 1947, he attended Northeastern University in Boston, and embarked on a career as a management consultant.

After 1952, LaRouche began an in-depth study of the Mathematical Physics of Bernard Riemann and Georg Cantor. He believes that his fundamental discoveries in the field of physical economy were derived from his research in this area. His "LaRouche-Riemann Model" allows a quantitative analysis of the effects of technological advances on real economic growth.

In 1974, LaRouche founded an international news service which began publishing the Executive Intelligence Review, as well as other publications, special reports, and LaRouche's original works. Among these include: Dialectical Economics (1974), The Power of Reason (1976), Imperialism: The Final Stage of Bolshevism (1984), No Limits to Growth (1984), So, You Wish to Learn About Economics? (1984) (see below, translated into Spanish, Russian, Ukrainian, Polish and German and Chinese), The Power Of Reason: 1988 (1988), In Defense of Common Sense (1990) and The Science of Christian Economy (1991).

LaRouche is the founder of the Fusion Energy Foundation (1974), The Club of Life (1982) and The Schiller Institute (1984). In 1994, he was elected a member of the Universal Ecological Academy in Moscow.

In 1976, LaRouche ran as the U.S. Labor Party candidate for president in order to revive the Whig Party tradition of Henry Clay and President Abraham Lincoln. In 1980, he founded the National Democratic Policy Committee (a political action committee), which enjoyed the support of some leading members of the Democratic Party at the time. As a Democrat, LaRouche ran for president in 1980, 1984, 1988 , 1992, 1996, 2000 and 2004. In 1990, he also ran for the U.S. House of Representatives in Virginia's 10th Congressional District.

LaRouche promotes a universal idea of the "General Welfare," whereby different regions and countries can collaborate to advance the "common aims of Mankind" by benefiting from each other's scientific and cultural advances. In the early 1970s, LaRouche identified the fundamental flaws of the Western liberal economic system, and correctly forecast a number of financial crisis.

He also sought to establish a foundation of peace between the Cold War era leaders of the United States and the Soviet Union by overthrowing the "balance of terror" nuclear weapons policy of the MAD doctrine (Mutually Assured Destruction). In the late 1970s, he was thus the first to propose an anti-ballistic missile defense policy, which on March 23, 1983, was adopted by President Reagan as the Strategic Defense Initiative. When the Soviet Union refused President Reagan's invitation to jointly develop such an anti-ballistic missile defense system, LaRouche successfully forecast the fall of the Berlin Wall and the disintegration of the Soviet Union.

Over the years, LaRouche has forecast the inevitable collapse of the international financial system. He has proposed the establishment of an international development bank to facilitate global debt restructuring, and provide the credit required for large-scale infrastructure projects. LaRouche's name and proposals are both well-known throughout the developing world. Among the great projects he has proposed are: the development of India's Ganges-Brahmaputra river system; the harnessing of the Mekong River in Indochina; rebuilding China's north-south canal system; his Eastern European "productive triangle" plan, as well as connecting Eurasia through "New Silk Road" railway projects (the "Eurasian landbridge"). LaRouche holds the ideas of Dr. Sun Yat-sen in high regard, especially his International Development of China proposing a similar plan for development.

In 1987, Mr. LaRouche and six colleagues were thrown into federal prison by the George H.W. Bush administration. Mr. LaRouche was sent to federal prison in Rochester, Minnesota for five years (see "`Convict Him or Kill Him!' The Night They Came To Kill Me").  Thousands of parliamentarians, congressman, diplomats, community leaders and clerics around the world called for the release and full exoneration of LaRouche (see "LaRouche must be exonerated, says former Congressman Mann"). After President Clinton took office in 1993,  Mr. LaRouche was released from prison in 1994.

On December 25, 1977, LaRouche married German political leader Helga Zepp. Mrs. Zepp-LaRouche is a founder of the Club of Life and the Schiller Institute.

Articles and Videos by LaRouche 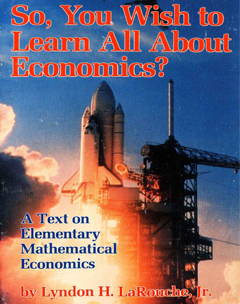 “So You Wish to Learn All About Economics?" (PDF) 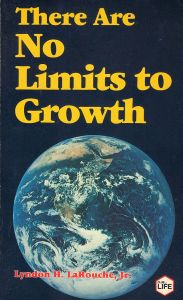 There Are No Limits to Growth 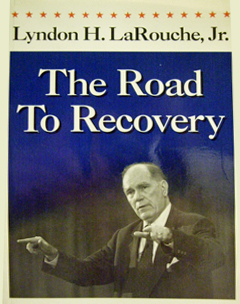 "The Road to Recovery" (PDF) 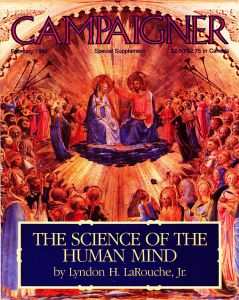 "The Science of the Human Mind" (PDF) 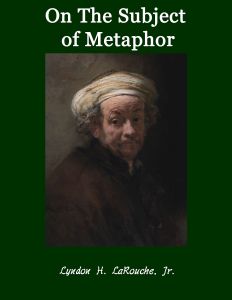 "On the Subject of Metaphor" (PDF) 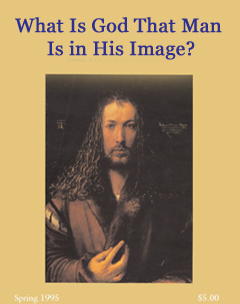 "What is God, That Man is in His Image?" 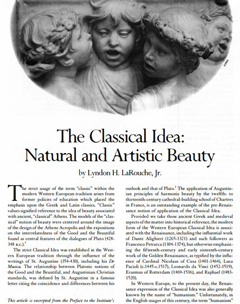 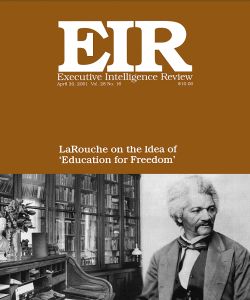 "The Tragedy of U.S. Education" (PDF) 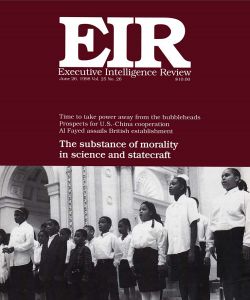 The Substance of Morality (PDF) 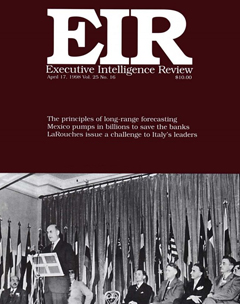 "The principles of long-range forecasting" (PDF) 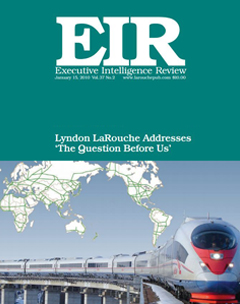 "A New, World Credit-System: The Question Before Us" 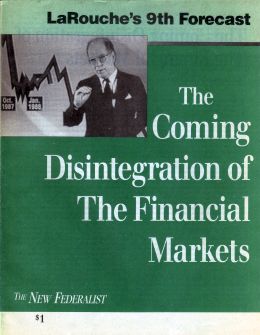