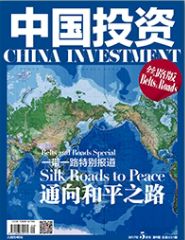 [The following article is published in the May, 2017 issue of China Investment magazine.]

An only bystander ?—Once the United States joins the Belt and Road Initiative, A New Paradigm for Mankind can begin

by Helga Zepp-LaRouche, Founder and President of the German Schiller Institute

While initially almost all U.S. think tanks were negative concerning China’s Belt and Road Initiative (BRI), or simply refused to even take note of it, there has recently been a shift. Except for the hardcore Neocon think tanks, several now have started to report about the tremendous business opportunities the New Silk Road project would also mean for U.S. enterprises. But especially since the very successful, despite difficult circumstances, summit between President Xi Jinping and President Trump in Mar-a-Lago, Florida.

The most obvious of many areas of such cooperation naturally would be the link between the Belt and Road Initiative and the planned $1 trillion infrastructure project Trump has promised in his election campaign, which is supposed to be presented in May. There are several roadblocks to be overcome for this to happen.

The infrastructure requirements of the U.S. are enormous due to decades of long non-investment by the previous administrations. Except those Americans who have actually been in China, most of them have no idea how far behind U.S. infrastructural development is as compared with China. The Washington-Boston 736 km Acela “high- speed” line average speed is only 105 km/h with only very short segments at 145 km/h, by no means high speed as compared to the approximately 130,000 kilometers of China, over 50 times as much! The roads are in terrible, dangerous condition, and so are the bridges, sanitation systems, etc., but their use is still extensive. For a trip between Washington and New York one has to pay the substantial amount of $115 in tolls and gas per car.

The American Society of Civil Engineers at a recent conference put out the estimate that the real infrastructure investment requirements are actually $4.5 trillion. There is no way the financing of either these amounts will come from the private equity market, as representatives of this sector in recent discussions with President Trump expressed prohibitive conditions, such as a 11-12% return per annum, and a full return of the capital invested within ten years. Also problematic is the idea that the infrastructure should be financed by a toll system, which would maybe work narrowly in densely populated areas, but not at all in thinly inhabited ones. But the very idea, that there should be an immediate direct return on infrastructure, misses completely the function of infrastructure for the general economy.

The quality and density of infrastructure represents the precondition for the productivity of an economy as a whole, and a modern economy requires approximately 50% of its total expenditures for the expansion and modernization of infrastructure, since the life expectancy of various categories is between 20 and 50 years. A well planned infrastructure platform is an integrated system of high-speed rail lines, waterways, highways, energy production and distribution, communication, as well as so-called soft infrastructure such as health and education systems, etc. The higher the technological development and productivity of an economic space is becoming, the more important the speed and efficiency of the transport and density of infrastructure in general will need to be, since all the various levels of production into semi-finished and finished goods work together like a complicated machine, where each part has a role for a harmonious function. Thus, the return on the infrastructure investment is actually measured by the increase of the productivity of the entire economy, and the financing therefore can not be left to the private investor, but it has to be the responsibility of the state, who is devoted to the common good of the national economy.

If President Trump would simply request Congress to fund the infrastructure program by the Federal budget, he would run into the same opposition of the Democrats and part of the GOP that already prevented the repeal of Obamacare. And if China and other foreign investors would simply invest by means of the private equity market, provided that would be allowed, these investments would be exposed potentially to the fluctuations of the markets.

Due to decades long policies of outsourcing to cheap labor countries, the U.S. manufacturing sector presently lacks a complete upstream and downstream industry chain, which is another impediment. China on the other hand, has such a complete upstream and downstream industry chain, and it also has a vast experience in building of modern infrastructure systems, not only from its experience in China itself, but also having built them in other countries.

China could therefore not only help those cities with the greatest transportation needs, such as New York, Los Angeles, Boston, Chicago, San Francisco, and Washington DC, but it could also help to replicate what China is doing domestically, namely to connect all major cities with fast train systems. For regions like the one between New York, New Jersey and Philadelphia for example, an integrated infrastructure system like the planned system for “Integrated Transport Development” of the Beijing-Tianjin-Hebei region, would make a lot of sense, since people are losing every day many hours in commuting back and forth between living quarters and work. While it takes only five hours to travel the distance of 800 miles from Beijing to Shanghai at an average speed of 185 mph (298 km/h), it takes 19 hours from New York City to Chicago, about the same distance!

The United States would also benefit greatly from the construction of entirely new cities, which could be located in the very thinly populated areas in the central states of the U.S.. They could be science cities, as education and research centers, or they could be located with other needed large infrastructure projects, such as water management projects for the drought endangered regions of the Southwest. One such project, which is on the shelf since the Kennedy administration is the North American Water and Power Alliance, NAWAPA, which has recently been upgraded for the 21st Century.

On the other hand, such an upgraded U.S. economy could also export into the expanding Chinese market where a middleclass of now approximately 900 million people is enjoying a quickly increasing buying power, due to the structural reforms implemented by the Chinese government. In 2016 the bilateral trade volume between the U.S. and China was already $519.6 billion, bilateral investment grew to $170 billion in the same year. Over the last decade U.S. exports to China grew 11%, Chinese investments to the U.S. grew 5.6%. The potential for all of these categories to grow, if the two complementary economies of the U.S. and China would link in the described way, is enormous.

Such U.S.-China cooperation would naturally not be limited to bilateral exchanges, but given the vast requirements for infrastructure, agriculture and industrial development in the world, joint ventures almost anywhere in the world would be a Win-Win perspective for the United States, China, and the third party country. With the huge potential of the Belt and Road Initiative to develop into the World Land-Bridge proposed by the Schiller Institute in 2014, in the not so distant future there can be the construction of a fast train system from the southern tip of South America in Chile and Argentina all the way up through Central and North America and via a tunnel under the Bering Strait connect to the Eurasian Transport systems. This would provide the gateway for the United States to join the newly emerging Pacific-centered world. This would require vastly improving and expanding the Alaska railroad corridors through Canada and connect that with the new rail line system in the U.S..

Such a perspective of approximately 40,000 miles of modern electrified rail, about half of which should be fast train systems, will also mean an enormous investment into industrial production to supply the necessary goods and materials, as well as the training and education of the skilled labor needed to accomplish such a huge task. Especially for the training of the youth one can go back to the experience of Roosevelt’s Civilian Conservation Corps, the CCC program, which contributed significantly to help lead the U.S. out of the depression in the ’30s. Roosevelt called the CCC “the greatest peacetime movement this country has ever seen.” It was created to address the dire lack of education and skills of the youth, a condition which in todays America takes the form of a very large drug addiction and drug-related crimes.

At the summit between President Trump and President Xi Jinping they decided to set up four permanent dialogues, one of them devoted to economic issues. This group of experts could start to explore the project of the U.S. joining the BRI immediately.

The most important aspect of the concept of the U.S. joining with the Belt and Road Initiative however will be to inspire the whole population with hope for the future, a better future for generations to come, something which has been lost in the last five decades. It would also demonstrate, that President Trump’s promise to make America great again, is not in contradiction to the interests of other countries, but that such a Win-Win cooperation would move the entire world into a new era of human civilization. If the two largest economies of the world would work together in this way, there will not be any problem on the planet which could not be solved.

If one studies the economic theory behind the tremendous success of the Chinese economic miracle of the last 30 years, one will find that present Chinese economic policies, basing themselves on the education of its citizens, very much in coherence with the Confucian principle of lifelong learning and innovation, are actually very close to the economic principles of the American System of economy, as it was developed and implemented by Alexander Hamilton, John Quincy Adams, Henry Clay, Henry C. Carey and Lincoln. All of these men understood that the most important source of wealth of a country is the development of the creative powers of their own population. And therefore, they designed a system of economy that furthered exactly that in order to catalyze the greatest rate of scientific and technological progress and innovation.

It is also fascinating that the real spiritual father of the American Republic, Benjamin Franklin, was completely excited and inspired by the writings of Confucius, from whom he took the conviction that the moral ennoblement of the individual was the absolute key for the improvement of society. Franklin based his own system of moral teaching on Confucius, which was decisive for the spirit of the foundation of America. A very similar intellectual closeness existed between President Lincoln and the founding father of China.

The collaboration with the New Silk Road should therefore have a cultural dimension, and exactly like the ancient Silk Road, lead to an exchange of art and philosophy. It should do so to bring forward the best traditions and highest expression of humanity of each participating country, and in doing so, people will discover the unexpected beauty of the other cultures and this knowledge will lead to admiration and open new horizons. The epoch of a community of a shared future is within reach. If President Trump and President Xi Jinping will join hands for this collaboration, both of them will have a place in history for having led Mankind to its true destiny.