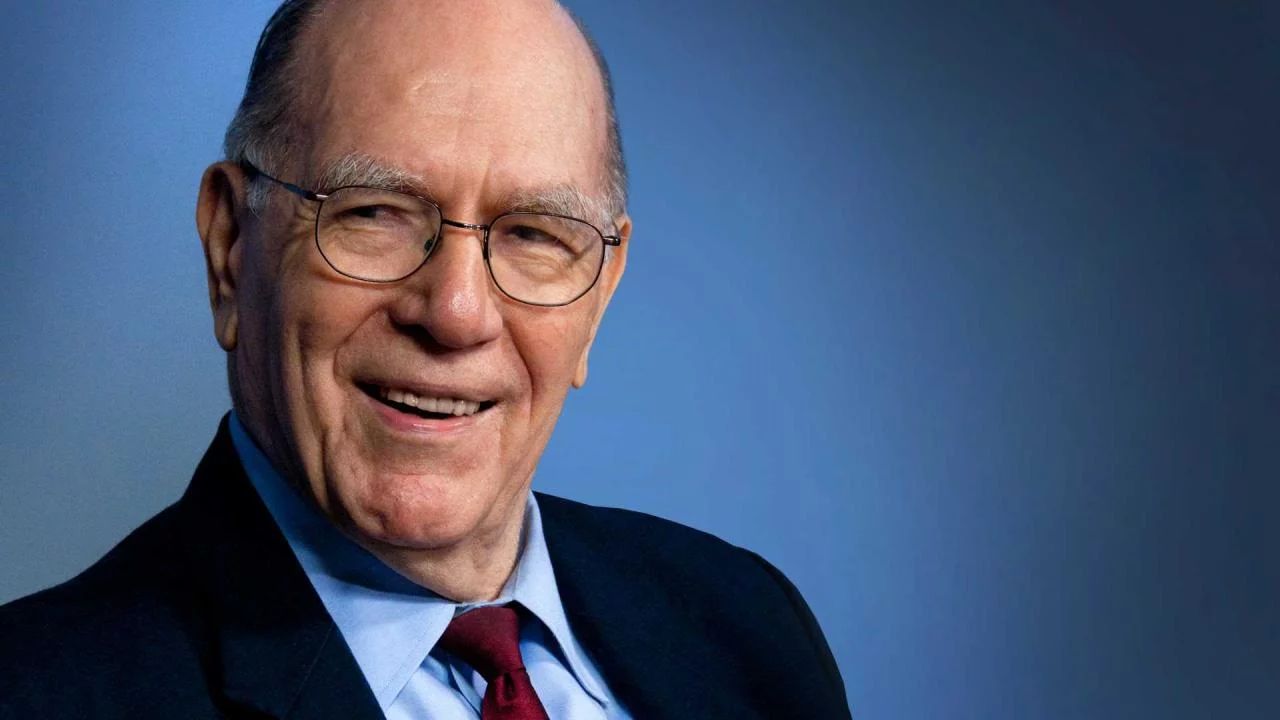 The following statement is being issued by the Schiller Institute, by the Lyndon LaRouche Political Action Committee, and by Executive Intelligence Review magazine, all entities in which Lyndon LaRouche played an outsized role. LaRouche PAC is the political action committee featuring his political policies;  EIR is the weekly intelligence magazine he founded in 1974; and the Schiller Institute, founded by his wife, Helga Zepp-LaRouche, is a prominent international think tank and policy institute dedicated to fostering a world-wide scientific and cultural renaissance.

Feb. 13 — Lyndon H. LaRouche, Jr., philosopher, scientist, poet, statesman, economist, died on Tuesday, February 12, at the age of 96. It was Lincoln’s birthday, an American President Lyndon LaRouche loved and celebrated in his writings.

Those who knew and loved Lyndon LaRouche know that humanity has suffered a great loss and, today, we dedicate ourselves anew to bring to reality the big ideas for which history will honor him. For those who did not know him or have only recently come to his ideas, there is no better guide to this unique personality than LaRouche himself. Here is how he spoke about life here on Earth in a speech at a conference in 1988, in the midst of a political prosecution similar, in striking respects, to that which we encounter against an American president in the United States today:

“There is no part of society, no constituency which does not have the same interests. There is the people of no nation that has any different interest than that of any other nation in this matter. We’re speaking of the future of hundreds of billions of unborn souls, without whose success our lives mean nothing. That is the common interest which unites each and every one of us, such that there is no distinction among any of us on this issue, on this cause, on this interest.

“Such that, if we at any point were to cut short our mortal life by spending it in a way, which ensured the cause of those hundreds of billions of souls yet to be born, we could walk to death with joy, because we had completed our life, fulfilled it. We might have been denied the chance of fulfilling it a little bit more, but nonetheless, we had fulfilled it.

“The joy of life, the true joy of life which relates to what the New Testament calls  agapë  in the original Greek,  caritas in the Latin, and charity in the King James version, as referred to in I Corinthians 13, the quality of  agapë, the quality of charity, the quality of sacred love, which unites us as individuals with the hundreds of billions of unborn souls, for whose love we can give our lives, and who we can walk smiling with joy, knowing that in a sense, they love us, too, even though they’re yet to be born. It gives a sense of the true importance of our lives, the true joy of being a living human being.

“And we must work with one another in the sense of that attitude toward humanity, historical humanity, humanity which, as a great family, which owes to its past generations, and the present owes to its future generations. The love uniting that family is, in the matter of works, the practical expression of faith, from which faith, the strength to fight and win this war derives.

“If we can do so, I am certain we shall win. I’m better than most at understanding the laws of nature and natural law generally, and understanding such recondite concepts as absolute time and things of that sort. And I can understand perhaps more readily than most, how faith expressed in this way, in a practical way, is assured of success. We are each little, we are each individual. But if we know we’re united, we’re united to this effect, then we know that what each of us as an individual does, in this united way,  will be cause to prosper.
“Thus, in this terrible moment of humanity, when civilization as we’ve known it for hundreds of years threatens to be removed from us, in the coming two to ten years or so, we have the risk of losing civilization. But we also have the possibility of a heroic solution to this crisis, of becoming generations, which, in our time,  faced with the cup of Gethsemane, accepted it, and thus,  perpetuated, in the imitation of Christ, the cause of the salvation of future souls.”

One year later, after being sent to prison, he wrote on the occasion of Martin Luther King’s birthday, January 17, 1990:

“Those of us who find ourselves in Gethsemane—a Gethsemane where we are told that we must take a role of leadership with our eye on Christ on the Cross—often experience something which, unfortunately, most people do not. We tend to look at things from a different standpoint. Before trying to situate how I see the recent period, and the period immediately before us, I should try to communicate what my viewpoint is, a viewpoint which I know is shared in some degree of very close approximation by everyone who has gone to Gethsemane with the view of the Cross in his eyes, saying, ‘He did it, I am now being told that I must, too, walk in His way.’

“What I suggest often, in trying to explain this to a person who has not experienced it, is to say: ‘Imagine a time 50 years after you’re dead. Imagine in that moment, 50 years ahead, that you can become conscious and look back at the entirety of your mortal life, from its beginning to its ending. And, rather than seeing that mortal life as a succession of experiences, you see it as a unity. Imagine facing the question respecting that mortal life, asking, ‘Was that life necessary in the total scheme of the universe and the existence of mankind, was it necessary that I be born in order to lead that life, the sum total of that number of years between birth and death? Did I do something, or did my living represent something, which was positively beneficial to present generations, and implicitly to future generations after me? If so, then I should have walked through that life with joy, knowing that every moment was precious to all mankind, because what I was doing by living was something that was needed by all mankind, something beneficial to all mankind.’”

“We’re all mortal. And to arouse in us the passions, while we’re alive, which will impel us to do good, we have to have a sense that our life, and the consuming of our life—the spending of our talent, is going to mean something for coming generations. The best people look for things—like Moses—that are going to happen, when he will no longer be around to enjoy them. It’s this sense of immortality. It’s why parents, in the best degree, sacrifice for their children. It’s why communities sacrifice for education, for their children, for opportunities for their children. You go through the pangs of suffering and shortage, but you have the sense that you’re going someplace, that your life is going to mean something. That you can die with a smile on your face: You’ve conquered death. You’ve spent your talent wisely, why life will mean something better for generations to come.”