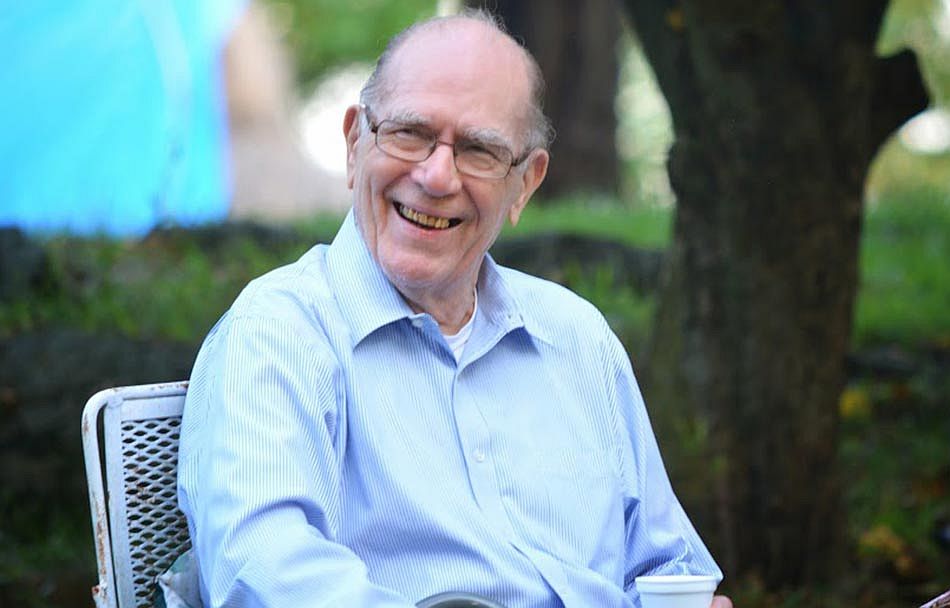 by Lyndon H. LaRouche, Jr. “A prophet is not without honor, save in his own country.”
—Matthew 13:57

[The following statement was published as a preface to the autobiography Bridge Across Jordan of American civil rights heroine Amelia Boynton Robinson , who was a collaborator of Dr. Martin Luther King, and a close friend of Lyndon LaRouche and his wife Helga Zepp-LaRouche. LaRouche dictated the statement from federal prison where, in 1989, he and six colleagues had been sent by the George H. W. Bush administration for their opposition to Bush, et. al.’s economic and military policies (see “`Convict Him or Kill Him!’ The Night They Came To Kill Me”). Thousands of parliamentarians, congressman, diplomats, community leaders and clerics around the world called for the release and full exoneration of LaRouche, finally leading to his release after President Clinton took office in 1993 (see “LaRouche must be exonerated, says former Congressman Mann”).

Those of us who find ourselves in Gethsemane—a Gethsemane where we are told that we must take a role of leadership with our eye on Christ on the Cross— often experience something which, unfortunately, most people do not. We tend to look at things from a different standpoint. Before trying to situate how I see the recent period, and the period immediately before us, I should try to communicate what my viewpoint is, a viewpoint which I know is shared in some degree of very close approximation by everyone who has gone to Gethsemane with the view of the Cross in his eyes, saying, “He did it, I am now being told that I must, too, walk in His way.”

What I suggest often, in trying to explain this to a person who has not experienced it, is to say: “Imagine a time 50 years after you’re dead. Imagine in that moment, 50 years ahead, that you can become conscious and look back at the entirety of your mortal life, from its beginning to its ending. And, rather than seeing that mortal life as a succession of experiences, you see it as a unity. Imagine facing the question respecting that mortal life, asking, “Was that life necessary in the total scheme of the universe and the existence of mankind, was it necessary that I be born in order to lead that life, the sum total of that number of years between birth and death? Did I do something, or did my living represent something, which was positively beneficial to present generations, and implicitly to future generations after me? If so, then I should have walked through that life with joy, knowing that every moment was precious to all mankind, because what I was doing by living was something that was needed by all mankind, something beneficial to all mankind.”

If I am wise, then 50 years after my death, in looking back at my mortal life, I know that from the beginning with my birth, to the end with my death, that my truest self-interest was the preservation and enhancement of that which made my having lived important to those around me and those who came after me.

That is the beginning, I think, of true wisdom; that is the beginning of the Passion, which sometimes enables each of us when called to walk through our own peculiar kind of Gethsemane. It is from this standpoint, that the mind of an individual such as our own, can efficiently comprehend history in the large.

A second point, which I often raise, I think is essential to understand the few simple observations I have to make here. It is that, in human reason, in the power, for example, to effect a valid, fundamental scientific discovery, which overturns, in large degree, previous scientific opinion, we see a fundamental distinction between man and all beasts. This power of creative reason, typified by the power to make a valid, fundamental scientific discovery, and also the power to transmit and to receive such a discovery, is that which sets man apart from and above the beasts.

The emotion associated with that kind of human activity, whether in physical science, in the development of creative works or performance of creative works of classical culture or simply in the caring for a child to nurture that quality of potential for discovery in the child, is true love. Creative activity is human activity, and the emotion associated with that kind of activity, is true love.

We start from that and say that society must be based on these considerations, that every human being, being apart from and above the animals, has the right and the obligation to live an important life. Every human being has the right to do something, such that if one looked back 50 years after the death of that person at his or her whole mortal life, one could have said, that life was necessary to all humanity. At the same time, one could distinguish some use of this creative power of reasoning as the activity which made that life important, simply, sometimes, the development of that creative power.

We have, in the entirety of the approximately 2,500 years of Western European history, which includes the history of the Americas, two conflicting views of mankind. One view shares more or less the standpoint I’ve just identified: We view the human individual as bearing the divine spark of potential for reason, as a sacred life; a spark of reason which must be developed by society, nurtured by society, given opportunity for fruitful expression by society; a quality of activity whose good works must be adopted by society, protected by society, and preserved by society, for the benefit of present and future generations. That is the republic, the republic as conceived by Solon’s constitution of Athens—a notion of republic, which, in our time, is made nobler by the Christian understanding, which trans- forms and elevates the contributions of Solon and Socrates after him.

On the other side, there is the conception of Sparta, a privileged oligarchy, brutalizing the Helots, the slaves, the so-called lower classes. That, too is a model society, not a republic, but an oligarchy.

The struggle between these two views of mankind is epitomized by the struggle between President and General George Washington, on the one side, and King George III on the other. George Washington was a soldier and statesman of the republic, not a perfect one, but a good one. On the opposite side was poor King George III, the puppet of the evil Earl of Shelbourne, and the epitome of oligarchism, the heritage of Sparta. The tradition of King George III, which deems that some men must be kept slaves, is an oligarchical view, which hates the idea of the equality of the individual in respect to the individual human being’s possession of that divine spark, the individual human being’s right to the development of that spark, the nurture of its activity, and the defense and perpetuation of its good works.

Such is the conflict. In our time, the great American Republic, by virtue of the cultivation of ignorance and concern with smallness of mind, and neglect of the importance of what comes after us in the living of our mortal lives, has been so undermined, degraded, and corrupted, that we as a nation no longer are the nation we were conceived to be, but instead have become a nation brain-drained in front of our television sets, thinking with greater passion about mere spectator sports or mere television soap-opera than we do about urgent events in real life. We are a nation seeking gratification in drugs, in sordid forms of sexual activity, in other sordid entertainments, in that kind of pleasure- seeking, which echoes the words Sodom and Gomorrah.

And so, oligarchism, that which George III of England represented back in the eighteenth century, has taken over and rules the land which was once George Washington’s.

The secret of great revolutions, of great civil rights movements, as Dr. King’s example illustrates, is this capacity, which the Greek New Testament called agapē, which Latin called caritas, which the King James version of the Bible calls charity, which we otherwise known as love. Whenever this power of love, this recognition of that divine spark, setting us above the beasts, prevails, wherever people can approximate that view of the sum total of their lives, as if from 50 years after their deaths, whenever movements arise which, out of love, produce people who are willing, not fruitlessly, but for a purpose, to lay down their lives, so that their lives might have greater meaning, for this purpose—there you have the great revolutions of history.

If we were to project events on the basis of what is taught in the schools about revolutions and other struggles of the past, then the human race at present were doomed. If we say that people struggle against this and that oppression, and so forth, and out of rage or what- not, overthrow their cruel oppressor, we should lose; the human race would lose. However, if we touch the force of love, the spark of divine reason, we unleash a force, a creative force, a divine force, which is greater than any adversary, and we win. Those revolutions, which are based upon the appeal to this divine spark of reason within the individual, prevailed. Those which worked otherwise produced abominations, or simply failed.

That is the best I can say. I might say it better, but what I try to say with these poor words, is the best I can say summarily, on the subject of current history. I believe, that the great upsurge of humanity, implicit in the optimism I express, is now in progress. I am persuaded that we shall win, provided that each of us can find in ourselves, that which makes us the right arm of the Creator, a man, a woman of providence, within the limits of our own capacities and opportunities.