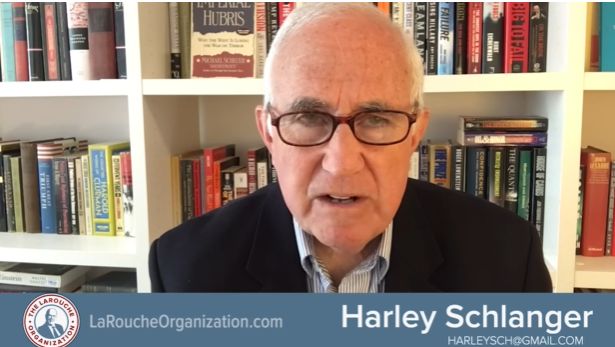 (April 27, 2022)–Is there no end to the lunacy of the transatlantic leadership in pursuing a destructive war against Russia, including economic warfare that’s rebounding against their own populations?

Let’s start with the event on 26 April which took place in Ramstein, Germany. At the airbase, there were representatives from 40 nations gathered for reinforcement of groupthink. This is the Ukraine defense consultative group convened by US defense secretary Lloyd Austin, a retired general and former board member of military-industrial complex leader Raytheon and this was basically an off an attempt to do a pep talk self-congratulation of the great victories that are being won on the battlefield in Ukraine.

This has all the delusions of an imperial war council designed to get more arms delivered to Ukraine to continue this war to make it a new endless war. Now, Austin started his representation by praising Ukraine’s military for its “magnificent job defending its sovereignty against Russia’s unprovoked invasion”. Is it possible that representatives from more than 40 nations that none of them were aware of the eight years of an unprovoked assault by the Ukraine military against the ethnic Russia population of the Donbas? Is it possible that none of them is aware that the Russian move on 24 February, followed by a week an escalation of shelling into the Donbas, which was preparation for a Ukraine move into that area that is the Russian’s preempted a Ukrainian attack?

Is it possible none of them have that in their minds, or is it possible that they’re so committed to defending the so-called rules-based order that they’re willing to show themselves for the full hypocrites that they are? Now Austin said there’s a need to strengthen Ukraine’s “arsenal of democracy”, using the term Franklin Roosevelt used for the military buildup that was necessary to defeat the Nazis in World War II. Again no sense of irony there is there because this so-called Arsenal of democracy is pouring arms into the hands of Neo-Nazi militia embedded in the Ukrainian security and defense forces.

He went on to say that Ukraine defeated Russia in the Battle of Kiev. What Battle of Kiev? The Russians never intended to take Kiev. They made it very clear that their war objectives were the demilitarization of Ukraine, which has been largely successful in the northern and east and western parts of the country.

The idea was that they were there to overthrow the government. No, it’s the US and NATO that do regime change. As the February 2014 coup in Ukraine makes clear, then Austin concluded his talk by saying we’re going to keep on “moving heaven and earth” to succeed because the stakes stretch beyond Ukraine, even beyond Europe. Here he’s telling the truth; the actual stakes are a global empire defended by an expansion of NATO to the Indo-Pacific region, perhaps to defend Taiwan, perhaps the Solomon Islands and what about this defense of the sovereignty of the people of the Solomon Islands are opening their country for Chinese to use their port there they’re being told they can’t do that where is the sovereignty of the Solomon Islands?

Now, what’s also clear in this escalated military buildup is that there’s no thought being given to the potential consequences of this first of all, what about the increased casualties of Ukrainians and destruction of Ukrainian citizens’ cities, no thought about that no intention to negotiate an end to the war.

What about the extended effect of the anti-Russian sanctions? Yes, it’s putting a pinch on Russia, but it’s putting a much bigger pinch on the rest of the world as the inflation is being driven further by the oil and gas prices, the green new deal and so on. Now, what about the consequences of the call from the deranged United Kingdom armed forces minister James Heappey who said that British-supplied arms to Ukraine can be used to “hit the target in Russia? This is entirely legitimate to go after targets in the depth of your opponent to disrupt their logistics and supply lines”.

Well, then, is it legitimate for Russia to do the same to the logistic and supply lines that are being set up in Poland, in Slovakia, in Germany to provide weapons to Ukraine? Suppose the Russians used that logic and started striking supply depots in those countries. Then we see that just the complete imperial arrogance, UN Secretary-General António Guterres went to Moscow to lecture Russian foreign minister Sergey Lavrov and Putin about Russian violation of the international law the rules-based order, including his the charge that Russia is refusing to set up humanitarian corridors to evacuate civilians from Mariupol.

Now, Lavrov corrected him on that, he said actually the Russians have opened humanitarian corridors, but the Azov brigade, the Neo-Nazi units in the Ukrainian military, refused to allow the civilians to leave and are using the civilians as human shields in the same way ISIS and Al-Qaeda did in Syria. Putin was even sharper. He told Guterres you’re being misinformed 130,000 to 140,000 civilians were evacuated with Russian help, and then Putin challenged the idea of the rules-based order. He said we thought the international law was the UN charter.

Well, why is that not being followed? What about the Minsk accords, an agreement signed by Ukraine to negotiate an end to the hostilities in the Donbas, which the Ukrainian regime never through what if negotiations. Why are there no there’s no push from the for a negotiated settlement? Why is no pressure on NATO to negotiate instead? Why are they allowed to continue the arms flow into the Ukrainian military?

Now when it comes to hypocrisy, no one can outdo the president of the European council Ursula von der Leyen, who went to India for something called the Raisina Dialogue — to lecture Asian countries on the rules-based order totally focused on Ukraine and attacking Russia initially, but then she let the cat out of the bag, she started attacking the February agreement between Russia and China which included some military agreement but was primarily an economic agreement as part of a linking of Euro-Asia and China for economic development. But she said this agreement between Russia and China is a threat to India and the West.

She said the Belt and Road Initiative, which is the Chinese commitment to create development corridors that stretched from the Asian-Pacific to the Atlantic through the Middle East, and South Asia into Africa is not about development. It’s a threat to a free and open Indo-Pacific region. Ursula von der Leyen went on to hypocritically say this is a debt trap by forcing nations to take unsustainable offers.

Well, these nations are accepting Chinese help for port development, for railway development, and for energy development which they’re not getting from the West. And you want to talk about a debt trap. What about the International Monetary Fund, with full support from the European Union insisting the debt be paid before the money is invested in the physical economy of the poorer nations of the world. What about the green new deal carbon policy forcing nations to give up the potential to develop electricity? Where there are upwards of 40 to 50 per cent of the population in some African countries without regular electricity.

Well, the Indian foreign minister Jaishankar responded to this and said, “please show me which part of the rules-based order justified what the world did in Afghanistan where an entire civil society was thrown under the bus by the world”, and the foreign minister went on to refer to the fact that the money, the 9 billion dollars of the Afghan government money, was seized by the US when that money was necessary to aid people who are starving in Afghanistan.

But, how is that part of a rules-based order? Now the solution was presented several years earlier when Helga Zepp-LaRouche spoke at the Raisina Dialogue, and her proposal was dialogue for development cooperation, in particular, at the time and today, especially the win-win proposal from China of investment in a physical economy not just in building roads to move goods, but in cultural connections in education, in advancing the skill level of the population. That’s how you overcome poverty. That’s how you overcome the otherwise debt trap imposed by the International Monetary Fund. Instead, the West is insisting that the criminal cabal centered in the central banks be funded first, that new debt be created for nations in order to bail out the old debt held by these banks, which are the real criminals in imposing the debt trap.

LaRouche drafts numerous proposals for many countries on how to do this. I’ll be talking about some of that the updated tomorrow. In the meantime, make sure you’re sharing this video and that you’re telling people about what the Schiller Institute is with its 9 April conference; that you’re giving people access to our material on development and dialogue, not war and deprivation the world is yearning for a realignment away from the great reset and the green new deal for true development prospects for all people and all nations based on economic and national sovereignty not based on debt slavery imposed by economic hitmen. So thanks for joining me today I’ll be presenting some of these proposals tomorrow.