Lyndon LaRouche forecast the only possible future policy direction that can result from the current ‘bail-out’ and ‘quantitative easing’ policies under, presently, Obama and Federal Reserve Chairman Ben Bernanke. The following is excerpted from the February 15 webcast of the regular series of Friday dialogues with LaRouche.

“And what they’re doing, the only way it will work, is cancel the entire bailout system—just wipe it off the plate, and come in with a new system, in which people who are privileged will be brought into that system, and they will be given relatively good incomes to live on, but unfortunately the greater majority of the population will have none. This is the greatest population reduction scheme so far in known history. And that’s what the policy of the people who op- pose Glass-Steagall is—whether they themselves know it or not. But they will be held accountable for the effect of that policy. And that’s where we stand. And that’s the main issue.

“This has happened before, and what happens in a case like this: The amount of debt outstanding on account of this bailout system, a monetarist system—a financial easing, a monetary easing—it’s got to be canceled! So, there will be no such money available! There will be no such re- serves. What will happen will be: an international cabal will create a new system of money, which will be much smaller, much more feasibly handled than the present one.

“What will happen to all the people who are excluded from the use of this more limited quantity of money? They will starve to death! And that’s the intention behind what this President of the United States presently is doing. That doesn’t mean he’s the author of it; it means what they’ve signaled.

“Because you cannot possibly pull off what they say they intend to do. There’s no way you can bail out this system—except by canceling it, and putting in an absolutely new one.

“This goes together with the Queen’s project for reducing the population of the planet from about 7 billion people to the order of 1 billion people. That’s exactly what they have planned. And anyone who is going along with this opposition to Glass-Steagall from here on, is going to be denounced internationally by me and by others as mass-murderers! They’ll be the most unpopular people crawling around, or slithering around the planet. And that’s exactly where we’re headed.” 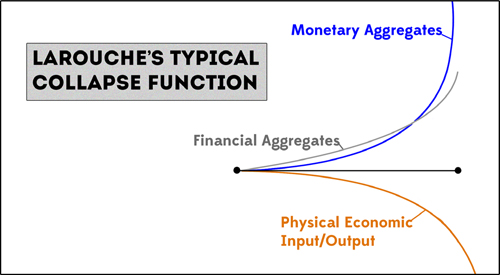 In mid-February William Gross, founder of the world’s top bond trading firm, penned an article titled, “Credit Supernova,” equating the current global financial system to a supernova. “Each additional dollar of credit seems to create less and less heat. In the 1980s, it took four dollars of new credit to generate $1 of real GDP. Over the last decade, it has taken $10, and since 2006, $20 to produce the same result,” Gross wrote. This is “a monster that requires perpetually increasing amounts of fuel, a supernova star that expands and expands, yet, in the process begins to consume itself.”

This is hyperinflation run amok. 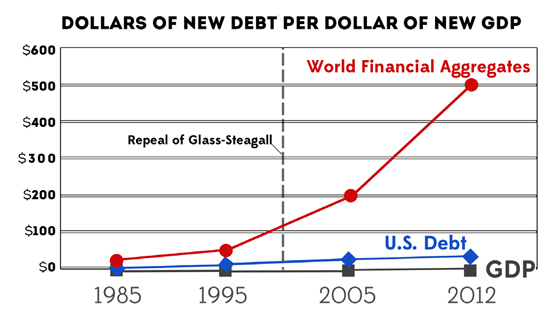 This was all supposed to be good for the economy, for the banks and the American people right? Wrong, dead wrong.

On President Obama’s watch, Federal Reserve Chairman Ben Bernanke has issued four rounds of “Quantitative Easing’’ (QE), whose purported objective was to provide liquidity for bank lending, to help the economy recover. From 2008 through 2012, over 2.5 trillion dollars in QE has been issued by the Fed–with another $1 trillion already underway in 2013. But not only did bank lending not rise accordingly; it actually fell during this period by nearly $1 trillion. As a result, the share of deposits which are loaned by U.S. banks and thrifts hit a new low of 72% in 2012, down from 95% in 2007. 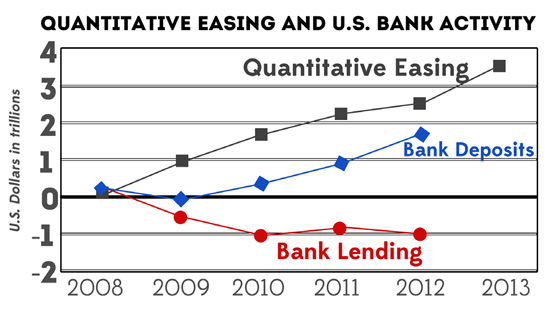 All of this was of course precisely the intent of the British imperial policy, as conduited through Obama and Bernanke: hyper-inflate the financial system with new assets designed to merely bail out old assets; and let the physical economy crumble, and those dependent on it, die.

So stop making excuses for this criminal insanity. Recognize that Lyndon LaRouche has been right all along, and that the choice now facing this nation and the world, is Glass-Steagall or die.