The Confucian ideal of the moral development of the individual as the basis of the state, the core of Sun’s ideas of politics and economy, harmonizes completely with the ideas of the traditional “American System” approach to physical economy, and with LaRouche’s scientific advancement of those ideas today.

Read the Works of Sun Yat-sen 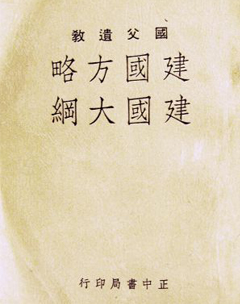 Following the disaster of the First World War, Sun Yat-sen fully realized that the only real future for world peace, was the ability to use the massive modernization and industrial development of China as a new base for the revival of the Eurasian overland network. This plan, circulated throughout the world as The International Development of China, could thereby completely outflank the British geopolitical strategy for Europe and Asia, a strategy whose only result would be further conflict and war. 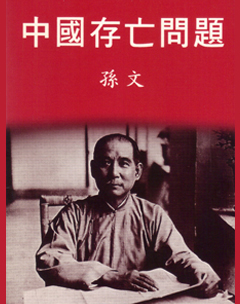 Dr. Sun Yat-sen wrote The Vital Problem of China in protest of China's accession to join the British Empire in the First World War against Germany. Dr. Sun uniquely understood that the British had deliberately provoked the war to preserve her geopolitical "balance of power" interests, and that neither China, nor any sovereign nation ought to be manipulated into the British "Great Game." 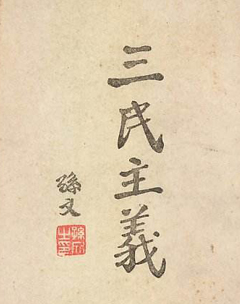 The Principle of Nationalism

The Principle of Sovereignty

The Principle of Livelihood