The Schiller Institute is working around the world to defend the rights of all humanity to progress –material, moral and intellectual. It is named after Friedrich Schiller, the great 18th-century German poet and playwright, whose works have inspired republican opposition to oligarchic tyranny worldwide.

In America, the Institute, a non-profit corporation headquartered in Washington, D.C., was founded in May 1984. The Schiller Institute is also established in Australia, Canada, Russia, Denmark, Germany, France, Italy, Poland, Slovakia, Sweden, Mexico, Brazil, Argentina, Venezuela, Colombia, Peru, and has a growing influence in Asia, Africa and the Middle East. 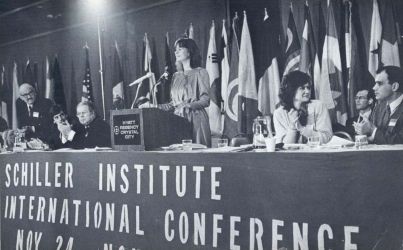